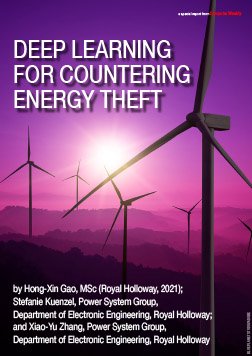 Energy theft is a critical issue for power system operators and billions of pounds are lost to it every year. In a conventional power grid, energy theft is difficult to detect due to limited communication and data transition. Smart meters, along with data mining technology, lead to significant technological innovation in the field of energy theft detection. This article in our Royal Holloway security series describes a convolutional long short-term memory-based energy theft detection model to identify electricity thieves.